Why Am I Not Getting My Period After An IUD?

IUDs are becoming increasingly popular as a form of birth control because they are more than 99 percent effective. The secret to their higher efficacy rate is there is no chance of making a mistake, such as forgetting to take birth control pills or putting a condom on incorrectly. They also provide long-term protection against pregnancy that can be reversed if you decide to start a family. Although these devices have very few side effects, they can impact your menstrual cycle. Let’s explore what an IUD is and how it affects your period.

What Is an IUD? 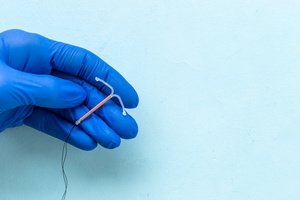 An IUD, or intrauterine device, is a physical form of contraception that is placed inside the uterus. IUDs are considered one of the most effective methods of birth control.

IUDs can impact a woman’s menstrual cycle in several ways, in addition to causing some degree of bleeding right after being inserted. Many women who get hormonal IUDs may find that their periods become lighter or irregular, and this can be very concerning. However, it is actually a normal side effect of hormonal IUDs.

Here’s a closer look at how IUDs affect your period.

How Do IUDs Affect Your Period?

Hormonal IUDs release a synthetic type of the hormone progesterone known as levonorgestrel into a woman’s uterus. This is what stops pregnancy from occurring. It accomplishes this in several ways. First, it thickens cervical mucus, which makes it hard for sperm to swim through and make their way to the egg. It also thins the endometrium, which is the lining of the uterus that normally thickens to prepare to receive a fertilized egg. Finally, it can stop the ovaries from releasing eggs. However, its primary means of preventing pregnancy occur through its effects on the cervical mucus and endometrium because its ability to stop the ovaries from releasing eggs is not consistent.

In order to understand how IUDs affect your period, it is helpful to review what causes periods in the first place. Your period occurs each month when the endometrium sheds away from your uterus and exits your body from your vagina. Therefore, it makes sense that levonorgestrel’s thinning effect on the endometrium means that there will be less of this of the endometrium for your body to shed, and as a result, your period will be lighter, briefer, and perhaps absent altogether. 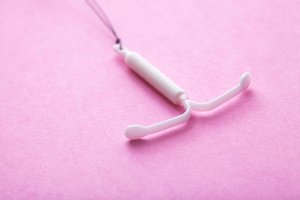 In the US, there are four types of hormonal IUDs available. While all of them use the same hormone, levonorgestrel, they function for different lengths of time. For example, Mirena and Liletta work for as long as eight years, while Kyleena works for up to five years and Skyla works for up to three years. The IUDs on the longer side of the scale contain the greatest amount of levonorgestrel and are therefore more likely to cause lighter or no periods.

Women can expect to experience fewer periods and lighter bleeding once their bodies have adjusted to a hormonal IUD. Roughly one out of every five women will have no period at all once their body has adjusted.

With a copper IUD, the mechanism is somewhat different. Copper IUDs work by preventing sperm from making their way to an egg and fertilizing it rather than stopping it from occurring. Should fertilization happen anyway, which is very unlikely, a copper IUD will stop the egg from implanting in the endometrium. Therefore, women who have a copper IUD may experience longer periods and heavier bleeding than before, at least initially.

This heavy bleeding should lessen around three months after the copper IUD is inserted. Women with a copper IUD can expect to have regular periods because these devices do not interrupt ovulation.

When Should You See a Doctor About a Missing Period With an IUD?

First, it is important to keep in mind that IUD insertion can lead to temporary bleeding, and pain immediately afterward. Women should contact their doctor if they have excessive bleeding requiring them to change a pad more that once an hour, pain that they can control with over the counter pain medications like ibuprofen, or other signs of complications like fever. 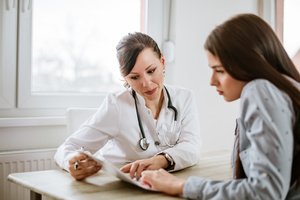 Second, when it comes to menstrual cycles, women with an IUD should call their doctor if they are missing a period for six weeks or longer, experience pregnancy symptoms, have a foul-smelling or unusual vaginal discharge, experience pain during sex, or have a fever or chills.

Although it is very rare, it is possible for a woman who has an IUD to become pregnant. If you experience pregnancy symptoms, you can take a home pregnancy test for peace of mind and should get in touch with your doctor regardless of the results because becoming pregnant with an IUD may raise your risk of serious complications, such as an ectopic pregnancy.

To learn more about family planning and the right birth control method for your lifestyle, contact the women’s health-care team at Raleigh Gynecology & Wellness to schedule an appointment.