What Should I Do If I’m Bleeding After An IUD?

IUDs are one of the most effective methods of birth control available, but they do come with a few potential side effects. In particular, some women who use IUDs may experience bleeding. Here is a look at why this can happen and what you should do if you experience it.

Why Do IUDs Cause Bleeding? 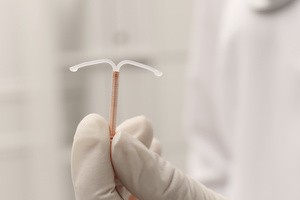 There are two main types of IUDs: hormonal and copper. Copper IUDs work on their own to prevent pregnancy, while hormonal IUDs contain a hormone known as progestin. Although this can help to ease premenstrual symptoms and reduce or stop your period, these hormones may cause bleeding in some people as they adjust to their presence.

Bleeding-Related Side Effects of IUDs

Some women will experience heavy periods and bouts of breakthrough bleeding within the first three to six months of having an IUD inserted. Most women report that this bleeding is heaviest just after the device is inserted.

If you have a copper IUD, your risk of experiencing heavy bleeding as well as symptoms like back aches and cramping during menstruation for the first few months increases..In some women this will lessen over time, although many women continue to have heavier periods with the copper IUD.

In contrast, hormonal IUDs generally cause irregular bleeding in the first few months after placement that gradually improves over time. Most women with these IUDs will ultimately have periods that are shorter and lighter than their natural periods. In fact, for some women the period will stop altogether.

After the first six months with an IUD, you are unlikely to experience breakthrough bleeding or bleeding after sex. If you do notice bleeding after intercourse, you should reach out to your doctor to identify the cause and the right course of treatment.

What Else Causes Bleeding After Sex?

Although your IUD may be to blame for bleeding after sex, particularly if you have had it inserted within the last few months, there are other potential causes of this type of bleeding as well.

Abnormal bleeding or pain during sex may indicate that your IUD has shifted out of position. You should have your doctor look at it to confirm the IUD is in the correct position. If the IUD has moved out of position it can be replaced by your provider or you may not be protected from pregnancy.

For women who have not yet undergone menopause, this type of bleeding often comes from the cervix. This is the narrow end of the uterus, and it can be irritated by friction from sex. Many times, occasional bleeding following intercourse is not a cause for concern among premenopausal women. Use of a lubricant or changing to a different position for intercourse may alleviate this problem.

Some of the other potential causes of bleeding could be cervical polyps or cancer,, injuries to the uterine lining, vaginitis, or pregnancy.

What To Do About Bleeding With an IUD 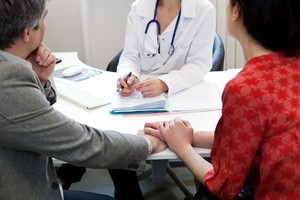 If you notice frequent or heavy bleeding, it could be a sign of a serious health condition, so it is important to see a doctor.

Your doctor can perform tests to determine what is causing your bleeding. A pelvic exam can be used to find abnormalities, while a pregnancy test may be necessary to rule out pregnancy in women who are sexually active and of reproductive age. Your doctor may also perform a Pap smear to eliminate the possibility of cervical cancer or take samples to check for sexually transmitted infections. In some cases an ultrasound may be needed to confirm that the IUD is in the correct position.

The treatment for this type of bleeding depends on its cause. For example, if vaginal dryness is to blame, lubricant may be recommended. For women who have STIs, medication may be prescribed. Surgical procedures may be needed for cervical polyps, while women who are bleeding due to friction or trauma will often be advised to practice gentler sex. Finally, if your bleeding is due to an injured uterine lining, you may need to refrain from sex for a couple of weeks to give it time to heal.

Request an Appointment With the Women’s Health-care Team

Occasional bleeding after sex with an IUD is often nothing to worry about, but if it is significant or accompanied by pain, it is crucial to check the device’s placement and evaluate for other problems. If you are concerned about any type of bleeding, reach out to the women’s health-care team at Raleigh Gynecology & Wellness today to schedule an appointment