What Are The Most Common Types Of Menstrual Disorders? 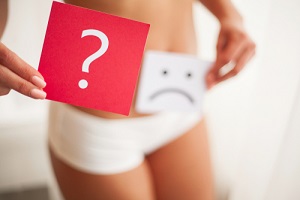 Menstruation is a cycle that involves the monthly shedding of the lining of the uterus, known as the endometrium, in the absence of pregnancy. Although this definition implies that menstruation comes with a certain sense of regularity and may be quite predictable for some women, it is a highly individual experience that not only varies widely from woman to woman, but also can be experienced differently from month-to-month. Here are some of the most common menstrual disorders.

Discomfort before and during your period is not unusual, and cycles that vary in length by a few days are not a cause for concern. However, some women develop menstrual disorders that may require treatment to alleviate symptoms. Here is a look at some of the most common types of menstrual disorders.

Premenstrual syndrome, or PMS, is an extremely common disorder with the American College of Obstetricians and Gynecologists estimating that almost 85 percent of women experience at least one of its symptoms during their reproductive years. However, around 5 percent of women will experience symptoms that are so severe that it is disabling.

The Symptoms of PMS

Each woman experiences PMS differently, but some of the most common complaints include:

For many women, lifestyle modifications can help alleviate PMS symptoms. Exercising regularly and getting adequate sleep are great approaches that also can improve your overall health. In addition, consuming a balanced diet rich in vegetables, fruits, and whole grains while limiting salt, sugar, alcohol, and caffeine can help eliminate or reduce the severity of your PMS symptoms. 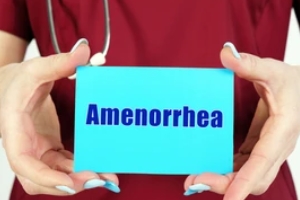 Amenorrhea is the absence of a menstrual period for longer than three monthly menstrual cycles.

It is important to note that amenorrhea may occur as part of the normal course of a woman’s life. Pregnancy is one of the most common reasons regular menstruation suddenly stops, but breastfeeding also may cause a woman’s period to be absent for an extended period. Menopause is another common cause of amenorrhea that is considered a normal part of aging.

However, it also could be caused by certain medications, behaviors, or medical problems, including obesity, eating disorders, excessive exercise, thyroid issues, ovulation irregularities , or an anatomical abnormality.

If you have missed three consecutive menstrual periods, you should visit a doctor for advice as early diagnosis and treatment are essential. Women who have not had their first period by age 16 also are advised to see a healthcare professional to ensure there are no issues preventing menstruation from occurring.

A common type of abnormal uterine bleeding is menorrhagia, which is characterized by prolonged, heavy menstrual bleeding that may be severe enough to disrupt your daily activities.

It is considered menorrhagia when a woman soaks through sanitary napkins or tampons to the point that they must be changed every hour or more often and/or a period lasts longer than seven days.

Menorrhagia may be caused by a hormonal imbalance, uterine fibroids, an abnormal pregnancy, pelvic infections or growths, bleeding disorders, pelvic inflammatory disease, some types of birth control devices, high levels of prostaglandins or endothelins, or other medical issues.

Other types of abnormal uterine bleeding include:

Dysmenorrhea is a condition marked by severe and frequent menstrual cramps and pain. Primary dysmenorrhea occurs when a chemical imbalance in a woman’s body causes abnormal uterine contractions. Other medical conditions could cause secondary dysmenorrhea, such as an infection, uterine fibroids, pelvic cavity growths, or pelvic inflammatory disease. In addition, an abnormal pregnancy, such as an ectopic pregnancy or a miscarriage, could cause dysmenorrhea.

Excessive menstrual cramping and pain are the hallmarks of dysmenorrhea, but other symptoms include:

How Can Menstrual Disorders Be Treated? 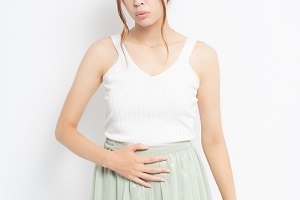 The specific treatments for a menstrual disorder will depend on your health, medical history, age, condition, symptoms, and the causes of the disorder.

There are lots of options available, including dietary modifications, oral contraceptives, hormone supplements, antidepressants, regular exercise, prostaglandin inhibitors, and surgery. It is essential to visit a healthcare professional to diagnose the problem and devise a treatment plan.

Reach Out To Raleigh Gynecology & Wellness

If you are experiencing any symptoms of menstrual disorders or have questions or concerns about your cycle, get in touch with the friendly team of medical professionals at Raleigh Gynecology & Wellness to learn more about our services and schedule an appointment.