What Is A Female Condom And How Do You Use It?

Female condoms, also known as internal condoms, are an alternative form of birth control that operate in a similar manner to regular condoms and offer roughly the same protection from sexually transmitted diseases and pregnancy.

What sets a female condom apart from the type worn by men is the fact that they go inside the vagina rather than being placed on the penis. They come in the form of pouches made out of a soft plastic such as latex ornitrile. When properly placed to cover the inside of the vagina, they form a barrier that stops sperm from making its way to an egg and causing pregnancy. Unlike many other forms of birth control, an internal condom can also prevent several types of sexually transmitted diseases. 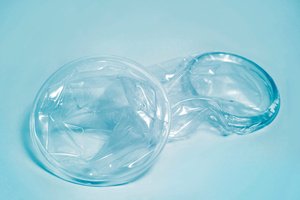 When a female condom is used correctly every time you have sex, the effectiveness of this birth control method is 95 percent. However, in reality, they are only around 79 percent effective because some people do not use them properly. This means that around 21 out of every 100 women who use them as their main form of birth control can become pregnant every year.

To maximize their efficacy, they need to be worn during your entire sexual interaction from start to finish. You must ensure the condom has been placed correctly before any skin-to-skin genital contact takes place.

How Do You Use a Female Condom?

Much like a traditional condom, female condoms may be tricky to place the first time you use them, but the process should become smoother with practice. Here is a look at the steps involved in proper usage. 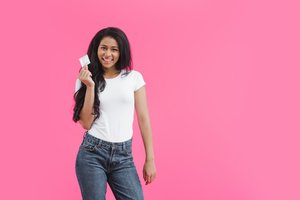 Warnings for Female Condom Use

Keep in mind that female condoms are not reusable, so you will need to insert a new one each time you have sex. Store them in a cool, dry place, and check each individual condom for defects or tears before using it.

You should not use a male condom at the same time as a female condom as this may lead to tearing. In addition, condoms should never be flushed because they may clog your toilet.

The Benefits of Female Condoms

Here is a look at some of the main benefits of female condoms.

They Can Prevent Pregnancy and STDs

One of the most obvious benefits of female condoms is their ability to protect you from sexually transmitted diseases and pregnancy, taking away many common worries related to sexual intercourse. In fact, traditional and female condoms are the only birth control methods that can help to prevent infections such as chlamydia, gonorrhea, and HIV. 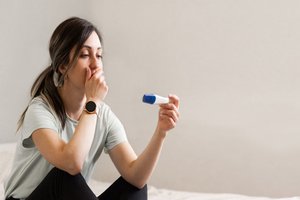 Traditional male condoms are usually made out of latex, which poses a problem to people who have sensitivities or allergies to latex. Internal female condoms are often made out of a soft plastic known as nitrile, which means they will not irritate genital skin and are suitable for those with allergies. Patients with latex allergy should confirm that their product is latex free.

They May Be More Comfortable

Female condoms do not fit snugly around a penis the way a traditional condom does, and they may be more comfortable for your partner. Moreover, because female condoms can be inserted ahead of time, they can be more convenient as you do not need to interrupt foreplay to place them.

Discuss Your Family Planning Needs With the Contraceptive Care Team

Female condoms are just one of several ways you can prevent pregnancy and reduce your chances of contracting a sexually transmitted disease. To learn more about the various options for contraception, schedule an appointment with the women’s health-care team at Raleigh Gynecology & Wellness. Our doctors can help you determine the most suitable approach for your personal health history and lifestyle.