What Hormones Are In Nexplanon? 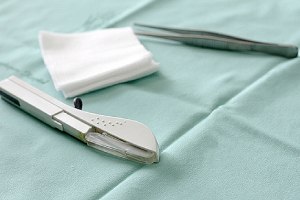 For reliable and convenient birth control, a Nexplanon implant should be an option at the top of your list. It is 99% effective, which means fewer than one out of 100 women who use Nexplanon will get pregnant each year. It is completely reversible, so if you decide you’d like to get pregnant during that time, you can simply have the implant removed.

What Type of Birth Control Option Is Nexplanon?

A Nexplanon implant is a flexible plastic rod about 1.5 inches long. It resembles a matchstick in overall size.

Nexplanon has to be implanted by a trained doctor or nurse. Your doctor will use a disposable sterile inserter to implant the device under the skin of your non-dominant upper arm. The implant works by releasing a progestin hormone called etonogestrel into your body over a 3-year period. Etonogestrel is a hormone that is similar to a natural hormone made in your body. It is used in other hormonal birth control devices such as vaginal rings and hormonal IUDs.

Nexplanon is implanted in your arm. The Nexplanon device is impregnated with 68 mg of etonogestrel. The plastic copolymer of Nexplanon allows controlled release of the hormone over the three-year period.

How the Hormones Work in Nexplanon 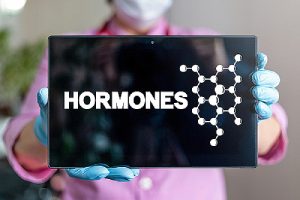 After the first year, the etonogestrel levels decrease slightly. The levels continue to decrease through the third year, but it remains above the threshold level necessary to prevent pregnancy.

The hormones in Nexplanon prevent pregnancy in three ways: 1) it stops your ovaries from releasing one of your eggs, 2) it thickens the mucus of your cervix so sperm cannot swim through it and reach an egg, and 3) it changes the lining of your uterus to prevent attachment by a fertilized egg.

If you have the device removed during the three-year period, most women become fertile within one week and resume regular menstrual cycles within six weeks.

The most common side effect is spotting. You may have light bleeding or brown discharge in the first six to twelve months.

Longer or Shorter Bleeding During Period

Some women have long-term spotting or periods that are longer and heavier. For most women, however, the implant causes them to have lighter than usual periods. They also experience reduced cramping.

No Bleeding at All

In some cases, women stop getting their periods with the Nexplanon implant.

Varied Amount of Time Between Periods

For women who continue to have their periods, some experience irregular periods. The amount of time in between their periods varies. 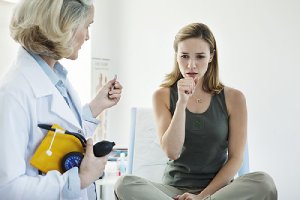 Nexplanon implants are very safe for most women. Serious problems with Nexplanon are rare. More commonly, you may experience arm pain that lasts for longer than a few days, an infection in the arm resulting from the implant procedure, or a small scar on your arm where the implant was inserted. Occasionally, the implant can break and must be replaced, or slip out of place and require a surgical procedure to have it removed.

Women who are pregnant should not use Nexplanon. Your doctor will likely perform a pregnancy test on you before giving you a Nexplanon implant. However, women who are nursing can use Nexplanon without presenting a health risk to the infant.

Also, women with certain pre-existing medical conditions should have a full consultation with their doctors before getting the Nexplanon implant. For example, women who have had breast cancer, for example, should not use Nexplanon. Additionally, women with heart disease, cancer in the liver or kidneys, and certain other health disorders should discuss the risks associated with using a Nexplanon implant with their doctor. Such women may be better suited using another form of contraceptive.

Work with the Experts at Raleigh Gynecology and Wellness

A Nexplanon implant is effective and convenient; its cost is covered by most health insurance plans, Medicaid, and some government programs. Talk to the professionals at Raleigh Gynecology and Wellness about Nexplanon implants and other forms of birth control that may be ideal for you. They are available to answer your questions and schedule an appointment.